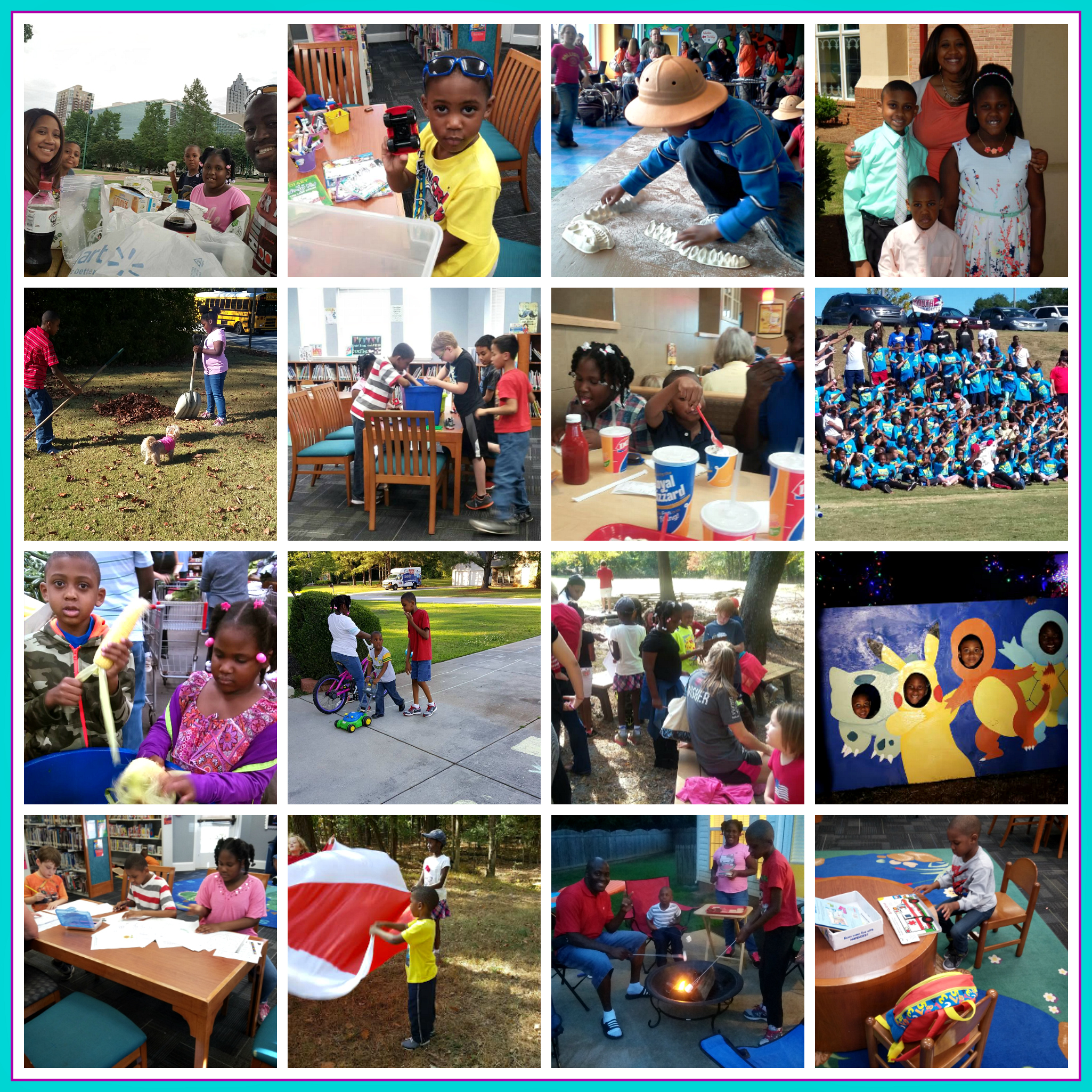 *This is my opinion from a homeschooling point of view!

The famous (and annoying) question that most homeschooling families will encounter at some point in their homeschooling journey is, “What about socialization?”. This question is usually asked by those who are not educated enough on homeschooling, or by those who believe that we are truly doing our kids a disservice by homeschooling them. It has become clear to me that some people honestly feel that we lock our kids in our homes, teach them, and send them to bed without any contact with the outside world. I often find this perspective rather amusing. Of course, I can’t speak for every homeschooling family, but I can speak on behalf of the majority of us. It is true that homeschooled kids are not surrounded by 20-30 kids all day, but is being in a classroom with the same group of kids all day really socialization? Is being in a room with 20-30 kids the only way that children can learn how to solve conflicts, how to communicate, or learn how to function in the real world?

How do we define socialization?

The definition of socialization according to Dictionary.com is a continuing process whereby an individual acquires a personal identity and learns the norms, values, behavior, and social skills to his or her social position; and the modification from the infancy of an individual’s behavior to conform to the demands of social life. The word that sticks out to me most is conforming. For most people, to be “social” means to act in a way that society finds appropriate or “normal”. So, we often go to school to learn how to sit with a group of people who have been chosen for us to interact with, to learn a routine of sitting at a desk for 8 hours, and to learn to accept (or  to discriminate against) others that are different from we are (sounds a lot like the workforce to me). This is how most people view socialization.

There’s more than one way to socialize.

Is the only way to teach children how to function in the world, found in a “Brick-and-Mortar” school setting? Are the only people qualified to teach our kids the proper way to socialize, teachers? Are the only ways that children learn problem-solving and communication skills from their classroom peers? The answer is, “no”. Children begin to learn how to communicate, how to behave appropriately, and morals/values from birth, from their families. I am sure that many teachers hope that this learning has already occurred before they are sent to them.Children are always observing us, imitating us, watching how we respond to others, how we interact in public, etc. This is the beginning of learning how to socialize. We are our children’s teachers. Homeschooled kids continue to observe and learn these concepts, it doesn’t stop because we choose not to send them to a traditional school.

Peer Interaction.
Okay, so I have defined what socialization is and shown you how homeschooled kids learn the skills to socialize, but what about what they learn from peers? Well, I agree that all kids should have some exposure to other children, but being in a classroom setting is not the only way to achieve this. Kids can interact with others on the playground, in the stores (especially at the video game demo section…lol), in their neighborhood, at church, at birthday parties, at extracurricular activities, and even online. I know, I know, this is not a full day worth of interacting with peers, but how often are kids really allowed to socialize during school anyway? Unless things have changed since I have attended and worked in a classroom, socializing during school is distracting and often kids are disciplined for it. This is not counting, of course, group activities, breaks, lunch, and recess. However, usually, socializing should be done after school. So, how are kids still able to learn from their peers? Through observation, through communication, and by being exposed to others. By providing your homeschooled kids with these same opportunities, your kids will not miss out developmentally on anything.

Anyone who knows my kids already knows the answer to this one. Most of the time, shyness is a personality trait. I attended public school my entire life and I am painfully shy and awkward at times. I never really fit in with peers and rarely spoke. I actually lost my confidence after starting school. I was raised to be confident, believing that I could do anything that I put my mind to. After being bullied, feeling inadequate during the trips to the chalkboard during math, often being put down for not wanting to blend in with the “norm”, and for holding strong moral values, I began to believe that I was an outcast. It was not until I became an adult that I realized that this was not a bad thing. I have never been the one to “conform”, and of course I am raising our kids the same way.

The joy of homeschooling is that we are able to instill in our children, all that they need to be able to survive in the world. The world is our classroom, so we are also able to teach them and watch them function in the “real world” on a daily basis. There is more to socialization than just being able to communicate with peers. To be honest, I really don’t want them to socialize with all peers anyway. There are some things I prefer them to not learn and bring home. We are also teaching our kids the value of learning from their environment, and from others of all ages and backgrounds. Now, my kids are very leery of strangers until they get a feel for who they are, but I call this wisdom, not shyness.

In closing, socialization does not just happen in a traditional school setting, it does not just happen at home, it is always happening. Whether they are watching you communicate on the phone, at the grocery store, with your spouse, watching how you solve conflicts, react to hardships, watching you pray, read your Bible, they are learning how to function with others, and in the world. Socialization is not something that is trapped between the walls of a school, it is something that happens out in the world. Sure, you can learn communication skills in school, but true education happens outside of the walls. When you speak with someone at the store, while volunteering when they have to settle a conflict with siblings, this is also socialization. When we watch others patiently waiting in line at the bank, learning how to clean up after ourselves, follow a routine, how to be helpful in the home and in the community, they are learning skills to function in the world, this is also preparing us to be social, well-rounded, functioning citizens.

So, you homeschool, what about socializing the kids? I don’t have to incorporate socializing into our day because it is something that happens naturally. We are always learning and socializing, too! 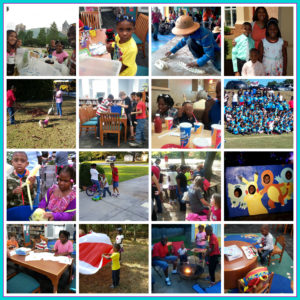 Statistics from the broadcast: Dr. Shyers further discovered that the home-schooled children had consistently fewer behavioral problems. The study indicated that home-schooled children behave better because they tend to imitate their parents while conventionally schooled children model themselves after their peers. Shyers states, “The results seem to show that a child’s social development depends more on adult contact and less on contact with other children as previously thought.”8

Dr. Brian Ray reviewed the results of four other studies on the socialization of homeschoolers and found:

Rakestraw, Reynolds, Schemmer, and Wartes have each studied aspects of the social activities and emotional characteristics of home-schooled children. They found that these children are actively involved in many activities outside the home with peers, different-aged children, and adults. The data from their research suggests that homeschoolers are not being socially isolated, nor are they emotionally maladjusted.9

J. Gary Knowles, University of Michigan Assistant Professor of Education, released a study done at the University of Michigan which found that teaching children at home will not make them social misfits. Knowles surveyed 53 adults who were taught at home because of ideology or geographical isolation. He found that two thirds were married, which is the norm for adults their age. None were unemployed or on welfare. He found more than three-fourths felt that being taught at home had helped them to interact with people from different levels of society. He found more than 40% attended college and 15% of those had completed a graduate degree. Nearly two thirds were self-employed. He stated, “That so many of those surveyed were self-employed supports the contention that homeschooling tends to enhance a person’s self-reliance and independence.” Ninety-six percent of them said that they would want to be taught at home again. He stated, “Many mentioned a strong relationship engendered with their parents while others talked about self-directed curriculum and individualized pace that a flexible program of homeschooling permitted.”10

As mentioned earlier, the greatest benefit from homeschool socialization is that the child can be protected from the negative socialization of the public schools associated with peer pressure, such as rebellious attitudes, immaturity, immorality, drugs, and violent behavior.

Tracy Kelly is a Christian, wife, and homeschooling mom of 3 amazing kids! This blog was created to provide support, encouragement, and resources to homeschooling families everywhere! Homeschooling effectively truly is a superpower! Tracy is passionate about home education and school choice. It is her mission to normalize home education and to show how powerful it can be! Thank you for visiting, and we hope that you will visit us often! 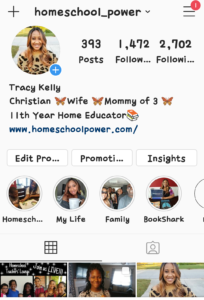 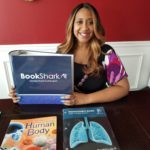